This week it was a great honour to represent my family and speak at the great Kel Nagle's funeral. Kel and his family have had a huge impact on my life and career and I will miss him greatly. Here are some of the words that I shared at his service...

Three families have had a huge impact on my life: First, the Mercer family, Second, the Nagle family, and Third, the PGA Family.

From an early age I can remember being dragged up the stairs by the ear by Aunty Jean to clean my room, as Uncle Kel and my parents sat in the den laughing.

I can also remember walking inside the ropes with Uncle Kel while he was playing and thinking, “Isn’t this what every seven year old does?”

One story, which I love, was when he played with Ben Hogan in the Colonial at Fort Worth, Texas in 1961. Kel was paired with Hogan on the first day and Hogan was the favourite to win. On the front nine, Kel had 10 putts while Hogan had 18. Hogan didn’t say a word to him. On the Par 3 13th, Kel had a hole in one, which was the first in that tournament’s history. The only thing Hogan said was, “Shot”. Doug Sanders ended up winning that year, with Kel one stroke behind...

My father and Uncle Kel were always incredible friends and in the later years Mum was always making her way down to visit Kel in the nursing home, always with some homemade cookies or ANZAC biscuits, which Uncle Kel loved.

In 2007, the greatest honour anyone could bestow on another person was when Uncle Kel asked me to represent him at the World Golf Hall of Fame where he was being inducted as a member.

On that night, everyone couldn’t stop talking about how much they admired and loved him, including Jack Nicklaus, Arnold Palmer, and Fuzzy Zoeller. I met a member named Charlie Sifford who spoke at length about his rounds of golf with Kel and especially his expertise with the putter, saying he was “the best he had ever seen”, which he was.

But, without question, the word most used when these champions were taking about him was the word, “Gentleman” and that summed him up to a tee.

The third family that has had an impact on my life has been the PGA. Without it, we wouldn’t have built the love and friendship between our two families and also all of the individual friendships that were forged through club professionals and touring professionals alike. 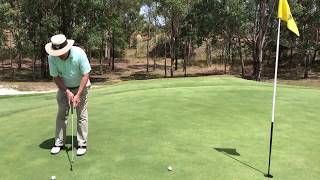 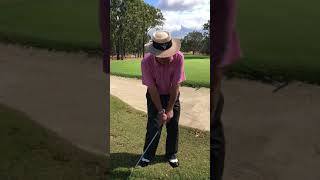 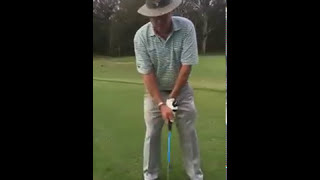 Help with the Hooks... 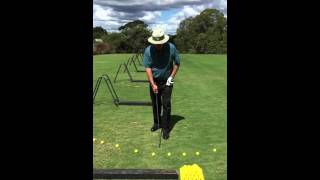 Hitting Behind Your Chips